Thoughts: I read this book over about a six month period, maintaining at least a chapter per morning. It was my first earnest engagement with Dickens, after only having read excerpts of his works in various literature classes I took at UCSC. He has a seemingly simplistic writing style but as you continue to engage with it you are struck by the eloquent beauty of his language and his gift for describing common moments in life with vivid, memorable imagery. In my mind, it is similar to David Foster Wallace’s writing style and gift for imagery, however, Dickens’ imagery and descriptions seem much more commonplace and un-illustrious now but I think this is due to the extraordinary success of Dickens and the ubiquity of his imagery and ideas in modern life.

The plot and characters had a significant effect on me and I think of poor Davy often in life.

Random Fact/Memorable Impression: Robert Caro, in his magnificent book Path to Power: The Years of Lyndon Johnson, includes a quote from an unnamed woman who knew Lyndon in which she compares him to Uriah Heep, a character in David Copperfield who always made Davy uncomfortable with the self-effacing kiss-assery he used to get ahead in life (from David Copperfield Chapter 16 “I Am a New Boy in More Senses Than One”):

He had a way of writhing when he wanted to express enthusiasm, which was very ugly; and which diverted my attention from the compliment he had paid my relation, to the snaky twistings of his throat and body.

I said, “Yes,” boldly; not that I knew anything about it, Heaven forgive me!

“I hope you have, too, Master Copperfield,” said Uriah. “But I am sure you must have.”

“Everybody must have,” I returned.

He writhed himself quite off his stool in the excitement of his feelings, and, being off, began to make arrangements for going home.

And the excerpt about Lyndon (from Path to Power Chapter 25 “Longlea”):

Watching Lyndon Johnson fawn over the children’s father when he was present, knowing all the time that Johnson was sleeping with their mother when he was absent; watching Johnson praise the older man to his face, knowing all the time that behind his back he was taking from him the woman he loved; seeing how unshakably deferential, how utterly humble, he was in playing upon Marsh’s affections, this observer, a lover of Charles Dickens, was reminded forcefully of a character in David Copperfield—a character who, she felt, lacked only a Southern drawl to be Lyndon Johnson in the flesh. “Every time I looked at Lyndon,” she says, “I saw a Uriah Heep from Texas.”

Though, I don’t find it to be an especially accurate representation of Lyndon after finishing the book, I find it comical to imagine Lyndon Heep writhing all over Texas and into the White House. 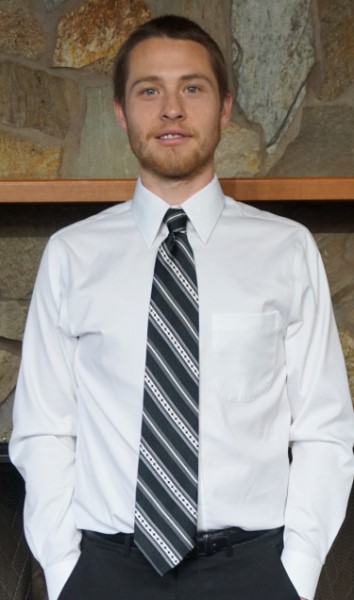 My name is Wyatt Fleming. I am a Project Manager at WebJaguar and a life-long learner interested in history, economics, gardening, and computers.